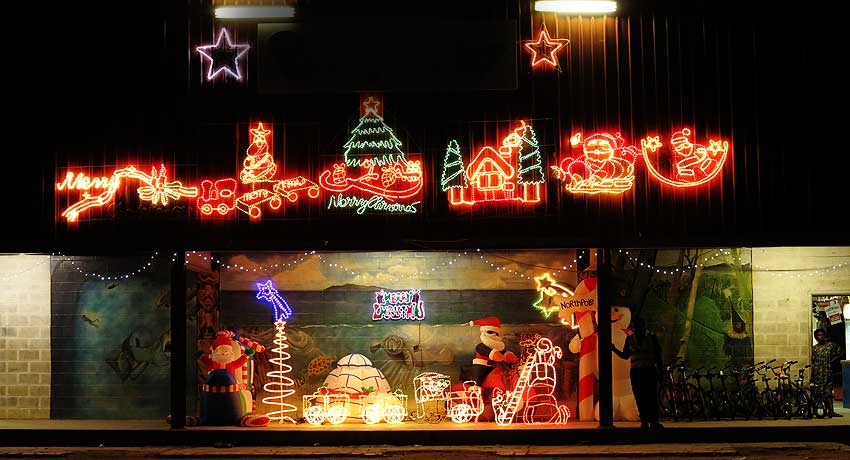 Things are really shutting down in Kavieng. It’s christmas. The pick up bus for work may come or not, that depends, many people have left, for good or for the holidays. It’s nice to have a few quiet days. I use them mainly for reading and drawing. I don’t have the quiet time myself yet, tomorrow I am supposed to move house. I like my current hut, it’s small but nice. The problem is that one cannot see out of any window and that is making me feel claustrophobic. And the worst thing is the little dog my neighbors have recently brought in as a new watchdog. It’s very young and lives right behind and partially below my hut and it is often very unhappy, especially at night, usually around 2 am. It starts whining and howling and wont stop. Even my earplugs can’t hold off the high-pitched noises. It’s good I am leaving because I am starting to have very “unholy” thoughts about this dog. I like animals a lot, but at 3 am in the morning I feel the urge to pour a bucket of feces over that thing, or flooding his “home” with water and then connect wires from the puddle to an electrical socket. Just to give him an actual reason to be unhappy. No worries, the thoughts disappear in the morning and I would never do such a thing in real life. 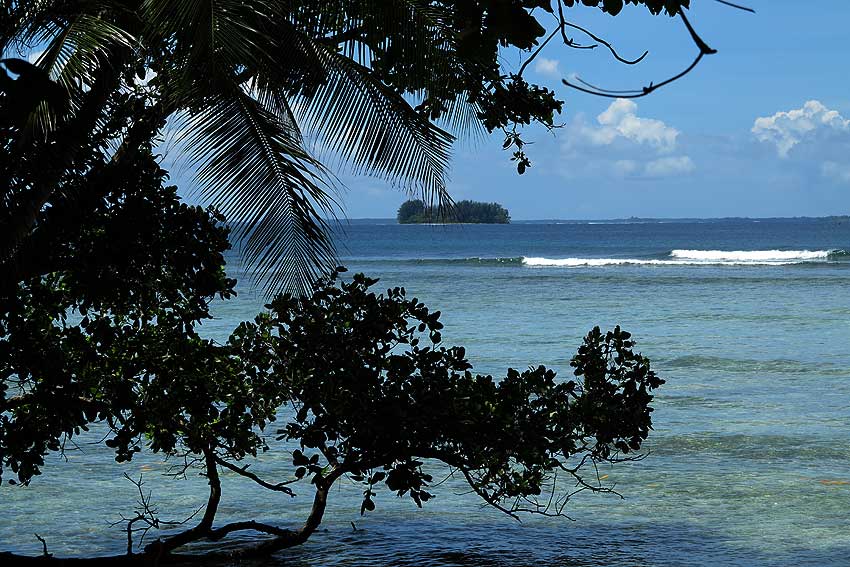 The new house belonged to Arnold who has been here for 2 years. He left last week. It was really sad to see him go. Now I inherit his former home. It will be a lot more spacious and I will even have a second bedroom. It won’t have hot water, though. It’s good I brought a cheap solar shower with me for the occasional hot shower. I often worry that I brought too much stuff to PNG but it turns out I can use really everything I brought. I could survive without most of the things but it makes life a lot more comfortable having them. My self made solar generator, for instance, I need it at least once a week. Not only does it give me proper light I can also run a small fan on it. Yes, I could hunker down with a candle and sweat all night but this way it’s a lot nicer. Also my folding water canister comes in handy very often. Last week the water was cut at the compound. Life would not have been the same without it. The reason we had no water was our landlord. He did not pay the water bill. 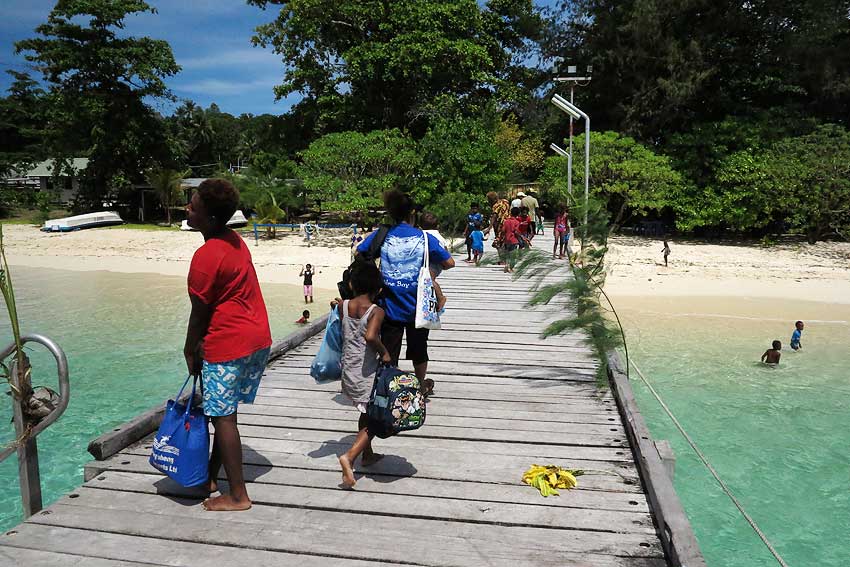 Last week The College had its christmas celebration on Nago Island. We were all brought over there by boat. It was obvious that the new skipper needs time to get used to the boat, it took forever to land at the jetty. The party was nice. First I went for a long snorkeling trip to the reefs around Nago Island. Then I listened to the christmas speeches and then ate something, the usual insane amount. We had a pig and a cow brought in. The pig was traditionally cooked, in a hole in the ground, filled with hot stones, both the hole and the pig. The whole thing is covered with banana leaves and then left for 2 hours. The result tastes fantastic, very tender meat. The party was also a good chance to get to talk to some of the workers I have not yet had much contact with. They told me about the islands they were from. Wilson, Arnold’s now “ex”, co-worker even invited me to his island one day. I hope this was not an empty promise. If it was he will have to live with me asking “Hey, when are we going?” “Island time?” “When do we head out there?” every time he will see me, for the entire duration we meet. For him, the only way out of that is either taking me there or quitting his job and leave the country.

I also spoke to Yuta and Mizoguchi (I hope I got his name right), the local freezing systems and air condition instructor. They are

from Japan but lived in different countries before coming to Kavieng. They lived in Senegal and Paraguay. His wife said coming here was the toughest country for her to get used to. Everything is a lot more different to what she was used to.

The day after the christmas celebration I noticed I must have caught a bug or something that day. I will not get into details but my digestive system is not running as it should since more than a week now. I have eaten myself through VSA’s medical kit and I think things are improving slowly but it is getting a bit on my substance now and I am tired a lot and lack energy. I will have to see the hospital here if it is not gone after christmas.

Last week I also went on my second fishing trip with Sven and Kevin. It was an interesting one. I had a strange feeling with the storm clouds on the horizon. I know from many fishing trips in New Zealand how fast the ocean can change. Those banana boats are really sturdy but an open boat in rough seas does make me feel nervous. We did not go out far, just outside the harbour the ocean already felt like the open sea. It was quite rough. We trawled the hooks for a while, the dark clouds getting bigger and bigger and then the sea took a turn for the worse. Within minutes the swell rose to impressive heights and it looked like the waves are about to flood the boat. All the tossing of the boat threw one of the ropes over board and it got tangled up in the prop of the motor. It stalled instantly. It was great being thrown around in the waves with no control and slowly drifting towards the reef in the knowledge we and the boat will be smashed to pieces if we can’t get the engine going in time. Sven’s vocabulary summed up the situation very colorfully. While I was sitting there asking myself why I did not stay in bed this morning I spotted a fin close to the boat. “Oh great, dolphins!” I thought, we will cling to their backs after the boat capsizes and disappears with cracking noises in a vortex dragging everything down with it and they will navigate us safely through the waves with happy squeaks and drop us off at the Malagan Beach Resort where we will crawl on land and have a cold beer. As the fin got closer it looked a bit too thin and pointy for a dolphin. It also sliced through the water evenly and when it got really close to the boat it slowly disappeared, diving away like a submarine. Sharks! That wasn’t a dolphin. So we had now the option of either drowning, being smashed to bits on a reef or be eaten by sharks. There was also a good chance of going through everything at the same time. Life is always full of opportunities. In the end, Sven freed the prop, the engine started and we made our way back, but really slow. It was a bit scary, I admit, but once we were inside the harbor the sea calmed down and we were back even before the rain started. The worst of it all was we caught no fish. Wasted a lot of calories and fuel for nothing. It was beans for me that night.

Now I better get back to work and make sure, they are getting my house ready for my move tomorrow. I don’t want to discover they have not filled up the gas bottles and I cannot cook over the holidays. I did not bring my own LPG bottles from New Zealand. This may hurt my german reputation. We are rumored to be prepared for EVERYTHING. 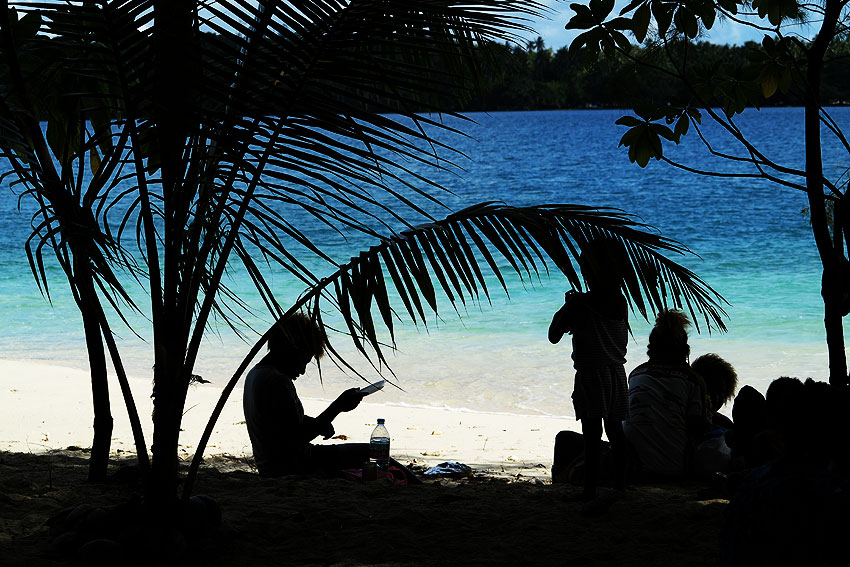 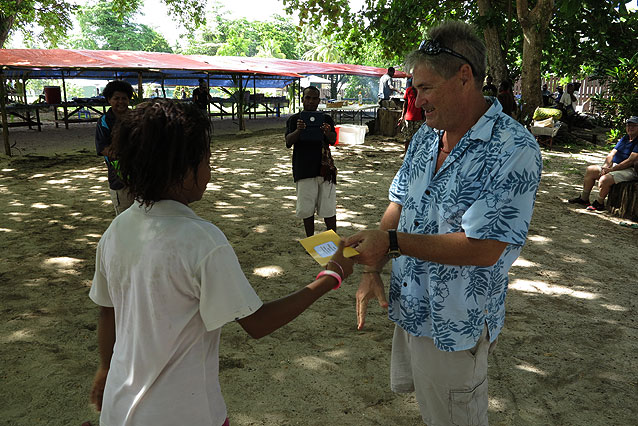 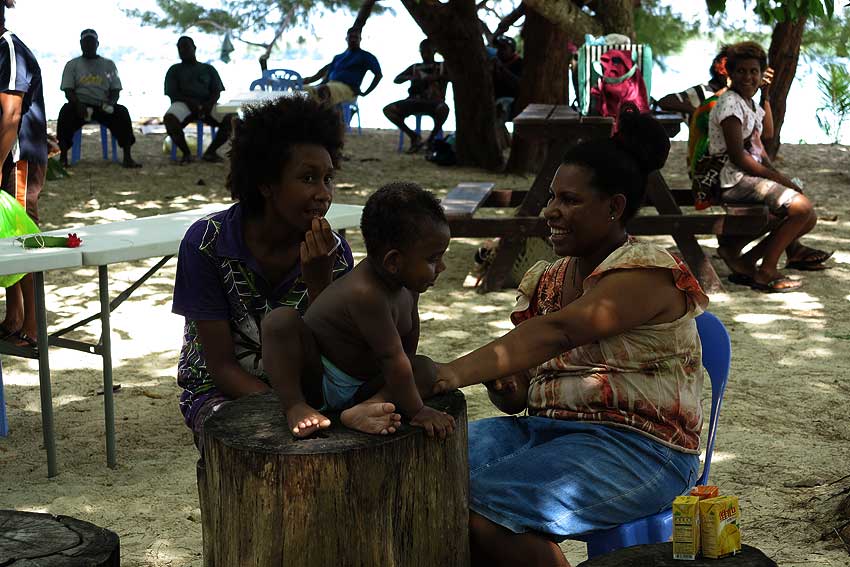 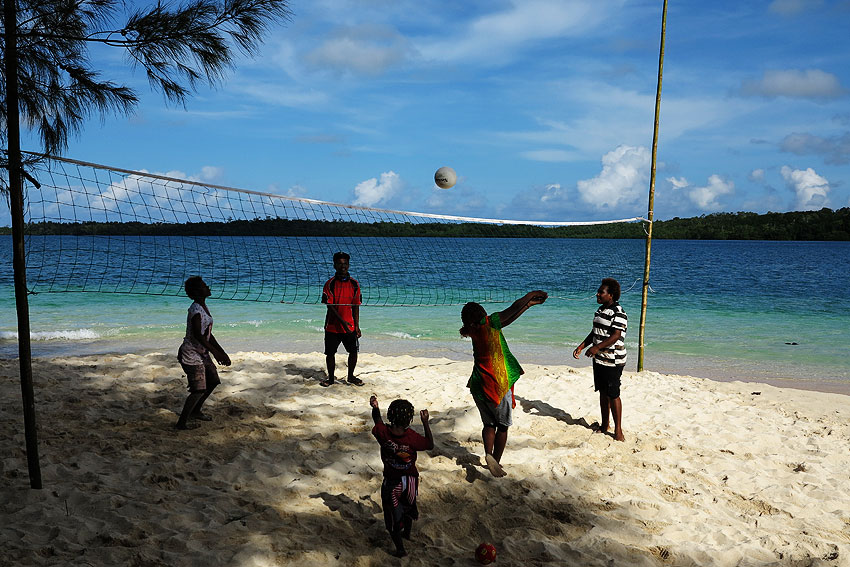 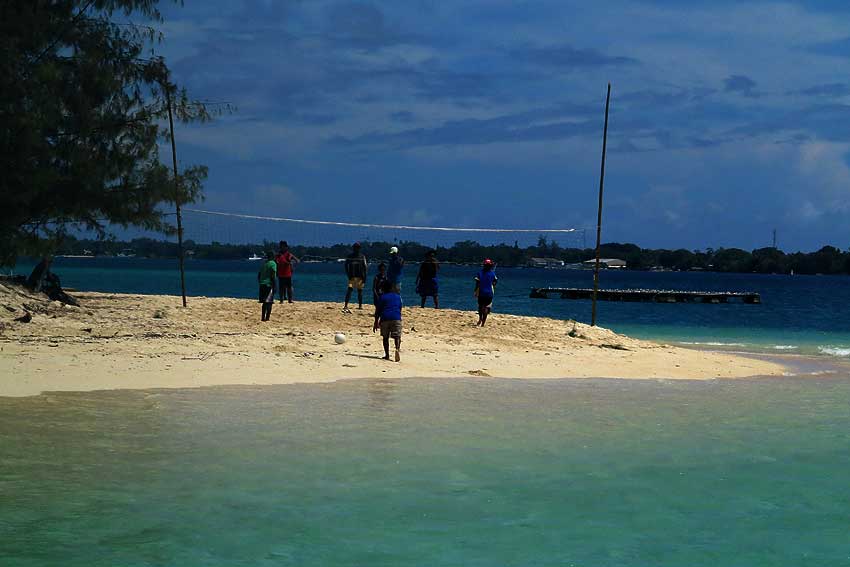 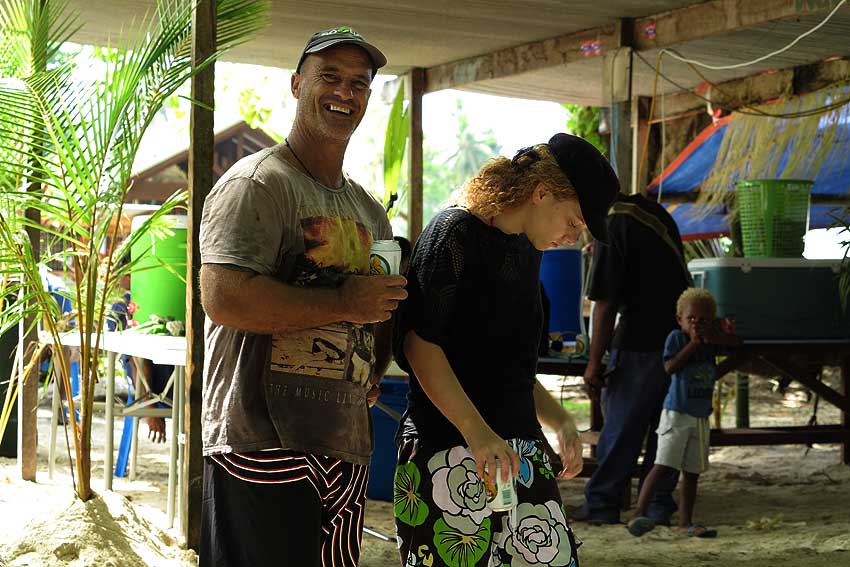