On monday all the VSA volunteers went to Nusa Resort for a farewell dinner. It’s now the time almost every volunteer in Kavieng is about to leave. Only a small number of us will remain. It’s really sad, you just started getting to know people and then, one by one, another face pops out of existence. The dinner was good and the boat ride back was magical. The sea was as flat as a mirror, it was really warm and the stars were out. The sky was crystal clear and in the water we saw green, flourescent lights flare up where the boat ploughed through the water. The contrasts here amaze me, when looking back to Nusa Island the holiday resort was lit up with electrical light, they even have put up some lights for effect. Only 100 meters further down the beach it was just campfires of the villages shining through the trees. 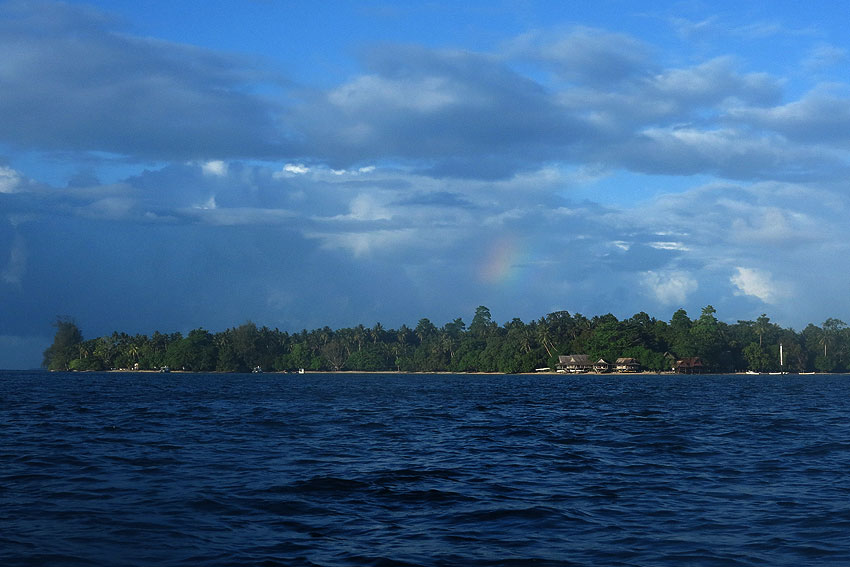 Last weekend I went out fishing with Sven, Ian and Kevin. I bumped into Sven at a party at Maddie’s house (who left last week, I didn’t even get to know her properly) and he thought I was the 16 year old son of another co-worker. This is really no joke, he honestly did. 15 years ago I had the problem that many people thought I was a lot younger than my real age but I thought this phase is long over and age has started eating into my face. He said I looked “lost”, whatever that’s supposed to mean. I call it my “thinker’s pose”; I guess it all depends on perception. My suspicion is it happened because there was very little light. 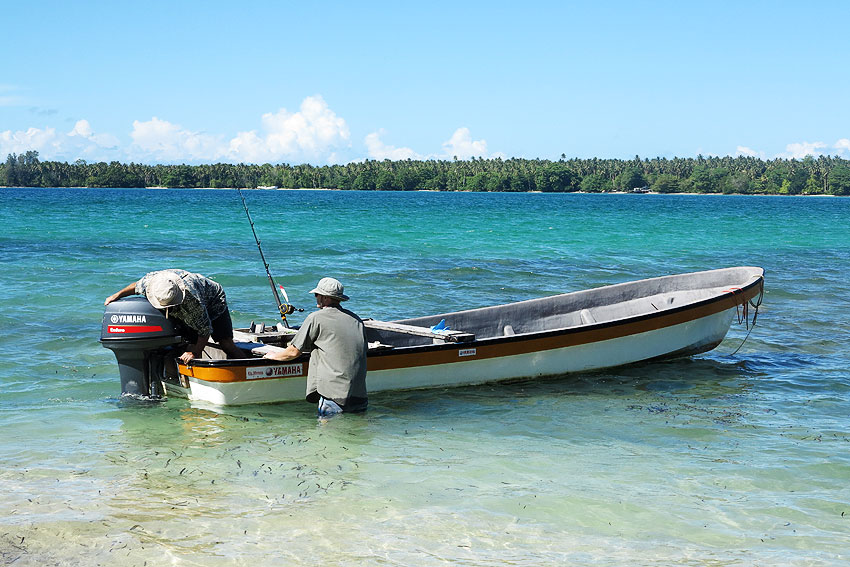 The incident was worth it, however, as the invitation for the fishing trip came out as a result of it.

We went around the northern tip of New Ireland and trawled the hooks. We caught only one fish, it was big one but I forgot its name. Look at the photo, that one. We saw several spinner dolphins. They came alongside the boat and swam with us for a while. I tried to take some photos but the ocean was quite rough, so it was a balancing act I couldn’t master. It’s also hard to judge when they actually about to jump. I need to push the camera trigger just an instance before they come out of the water, but how am I supposed to know when that moment is about to happen?

Work is still going really slow. I wrote a job ad for an apprentice I am supposed to get but I don’t think it makes sense to put it out before I have my equipment set up. Without tools there is nothing I can do or teach. So I keep myself busy with little things like reconstructing the College’s logo for future use. It doesn’t look like there is a master template for it as all the logos around seem to look quite different. They only look similar, not the same. I thought it is probably a lot easier creating my own vector graphic than trying to chase after it. It took 30 min to do. 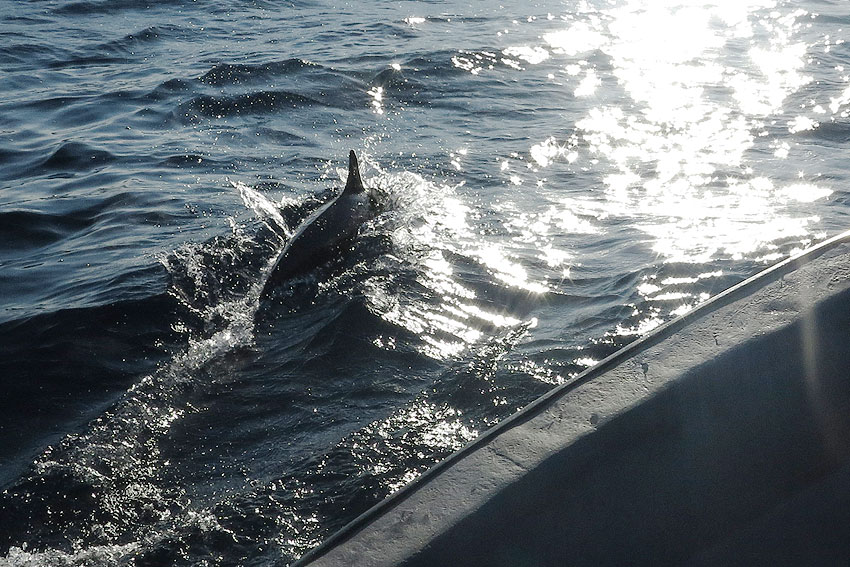 Rob at the waterfront kept me busy one afternoon. I went down there to help him clean the keel of one of the boats. It’s a big boat and he drove it into shallow water for easier access. I took my snorkel and a deep breath, went under the boat and scraped my guts out until I saw stars in front of my eyes. It’s good to stretch the lungs but I may have overdone it a bit. Before I did any work I snorkled around the wharf. What amazing sights. I swam between two large ships and the dark turquoise water made the underwater scene look really atmospheric. There were so many fish it was almost better than being on the reef. A small trumpet fish came close to me and started to hunt some of the fish around. It was very beautiful and I will go back there when I finally get the small GoPro camera and can go underwater with it. There was one other noteworthy encounter, at least for me. They don’t look like much but never mess with a sea cucumber. I accidentally stepped on one and I really did feel sorry a bit but I thought, it’s a sea cucumber, phhhhh, what’s it gonna do? Eat me? Well, what sea cucumbers do in cases like that is to vomit out all their stomach content. It looks like white glue and it sticks like superglue to absolutely everything. My fins were covered in the stuff and I could not get it off completely, it’s still caked onto them. Some strings went over my leg. It would not come off. It was fused to the hairs. You essentially have to rip out the hairs in the affected areas to get rid of it. Lesson learned, I will stay clear from sea cucumbers from now on.

One weekday evening I went to dinner with a few volunteers (one of them, Maureen, is leaving today) and I heard some work 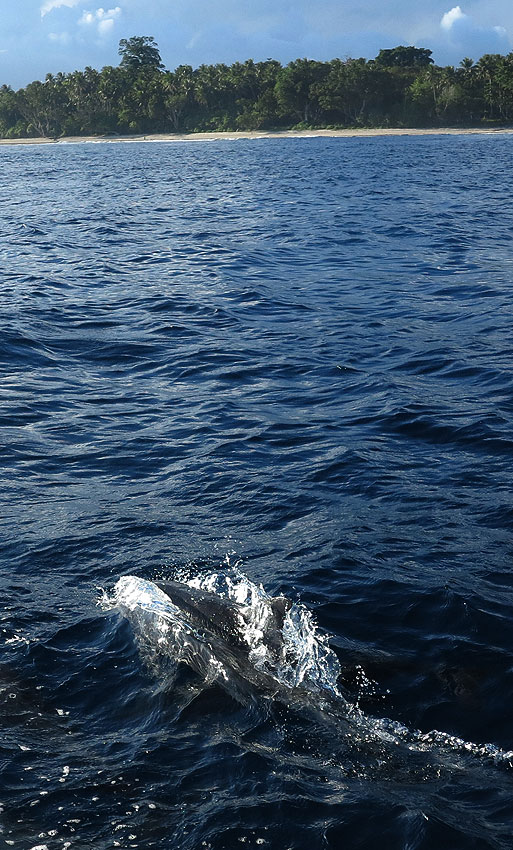 stories from the more remote islands. They often go there for medical inspections. The poverty there is quite shocking. Also the low-level of education. Apparently there is a scam going around at the moment. People are buying sanitary napkins as a cure for cancer! How this came about probably would a very interesting story all by itself. In any case, they take the plastic sheet covering the sticky stripe off, roll it up, boil it in water and then drink it as a tea. Others take out the gel and put it on skin sores. I know this is a very stupid thing to do but the people here don’t generally strike me as unintelligent. So how come? It’s such a severe lack of education. Of course, there are stupid people here also, like everywhere else. Stupidity seems to be evenly distributed all over the world, it seems to be epidemic. And stupidity doesn’t seem to be affected by high education, it just makes it a bit worse at times. I have met many highly educated people in my life who were incredibly stupid and had no detectable common sense. I think just education in the sense of getting more information wouldn’t solve the problem. It’s only one side of the coin. We also need to raise something called “emotional intelligence” or “wisdom”. We all could use more of that. It’s too bad we usually only associate high intelligence with high education. I never thought I was getting more intelligent in school. I was just fed with a lot of information and then had to spit it out again during exams. It’s more like being a parrot repeating the things I was told to remember.

I heard once a good example pointing out the difference between rational and emotional intelligence. And this is it: “It requires a lot of intelligence to build a nuclear weapon but it’s very unwise to actually do it”. So, if we just increase the level of education here, like our western style, we probably just increase the level of stupidity. It would be more “sophisticated”, the way we have it at home, like really believing this plastic fitness machine for only $39 on the shopping channel will give us the same lean and athletic like look the presenter has. And this after only 5 minutes of workout a day! Or considering clean-cut people in fancy suites and silk ties as trustworthy and honest, just by their appearance, even though everybody over the age of 20 should be wise enough to know that the worst crooks in the world are clean-cut people in fancy suits and silk ties. Of course not everybody wearing a suit is a criminal but it does need some common sense to tell the difference. It’s not something one can learn in a school book. This requires intuition, you can’t just tell by having rational thoughts. Rational thoughts would help to come to a conclusion, of course. It’s a balance of both I guess.

I don’t think it’s going to happen that way down here. But at least people should have enough education to not be able being scammed into this kind of nonsense. Even regular education could be helpful. Therefore I better shut up my smartass mouth now. It’s lunchtime anyway. I’ m off to the supermarket, I ran out of sanitary napkins.

“I am enough of an artist to draw freely upon my imagination. Imagination is more important than knowledge. Knowledge is limited. Imagination encircles the world.”

“Only two things are infinite, the universe and human stupidity, and I’m not sure about the former.”

Both quotes by Albert Einstein 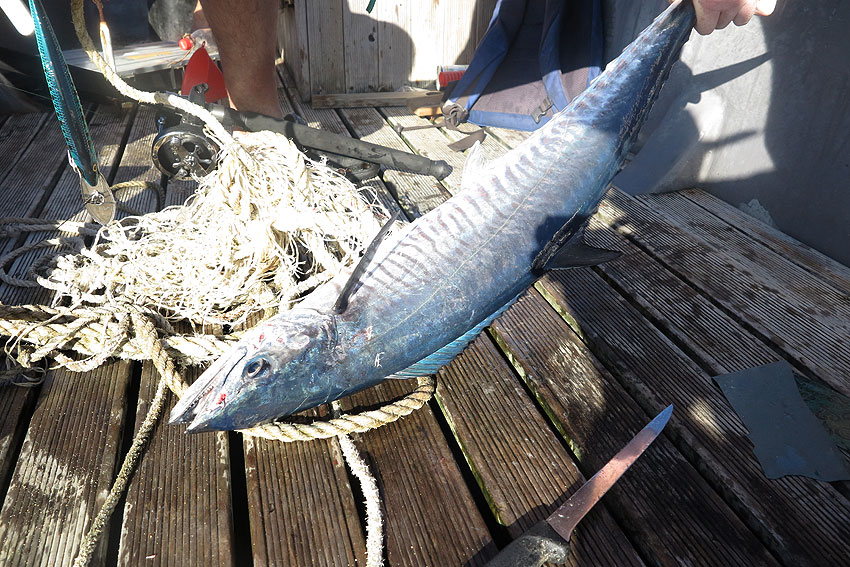 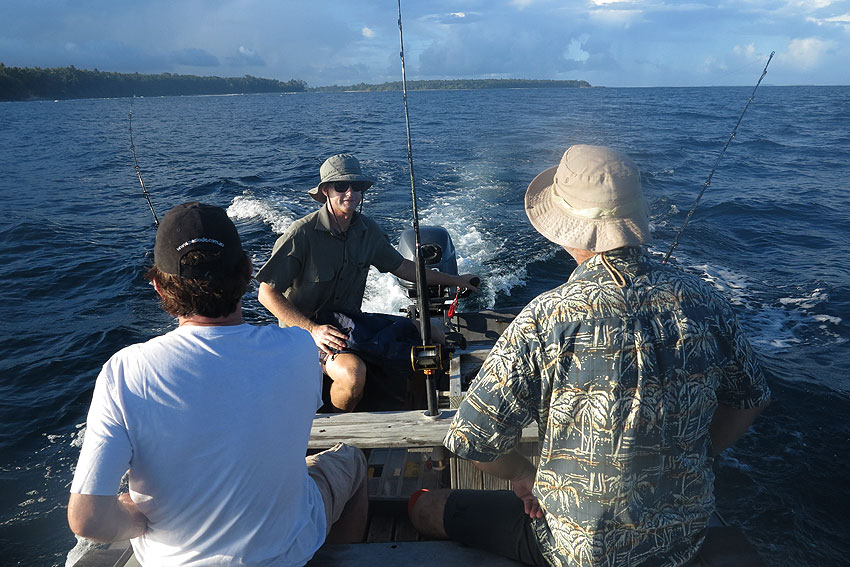 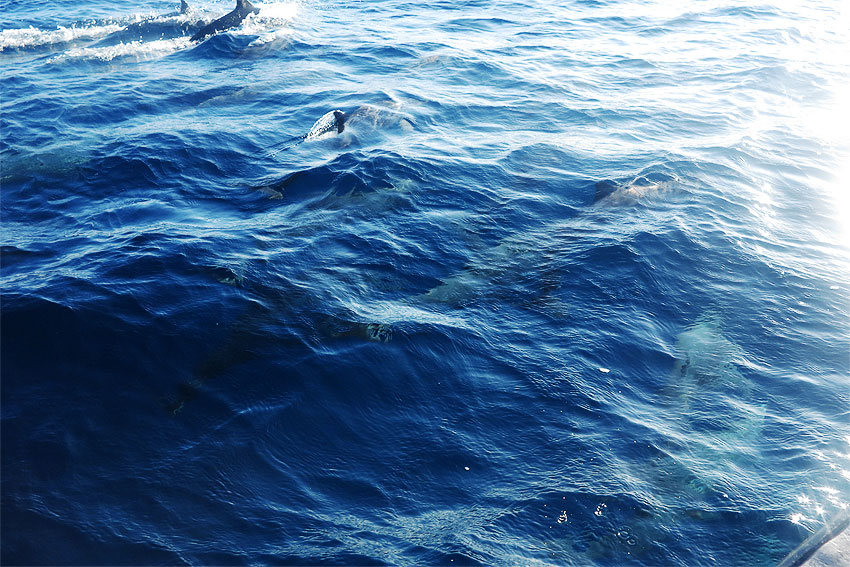