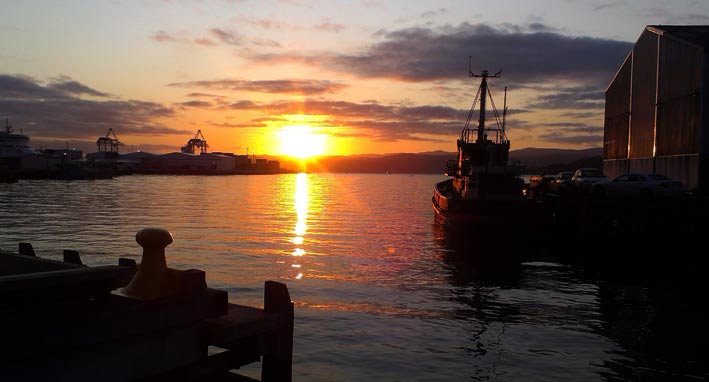 I felt like a test pilot in a modern roller coaster ride when the plane landed in Wellington. This is not unusual, it’s just always really windy in Wellington. Several flight maneuvers created G-forces on the body which would make even experienced NASA-astronauts cry for their mothers but we eventually hit the runway in a safe(ish) way and the wind swept us through the airport terminal and into the city.

VSA runs a mandatory 4 day briefing course in their Wellington office. Every volunteer hast to attend before heading out into the field. It was a large group and several people were about to go to places in the pacific I have never heard of before. I haven’t even heard of Kavieng until 2 months ago. Our group consisted of people who are about to head out to Bougainville, Solomon Islands, Vanuatu, Samoa, Kiribati, Marshall Islands, Cook Islands, Timor-Leste and several more I cannot recall at the moment because my bad memory for places is only trumped by my bad memory for names. Fortunately we all wore name tags which made identification of people a lot easier.

The course was very informative and well organised, a lot of information to take in. At times I really wondered why I am actually doing this. We all will have plenty of opportunities to contract horrible diseases and get mixed up in conflicts, crime, extreme weather, erthquakes, volcanic eruptions and tsunamis. But it will be rewarding and exciting because we step so much outside of our normal everyday life we have to discover everything new. And it is simply necessary to go through all worst case scenarios to be ready.

We learned about the history of development aid, how VSA fits into all this, how to stay safe, met volunteers who have returned, talked to people who know the area well, met the VSA staff and we got to know each other. Those personal contacts were really amazing. Every single one in the group has amazing life and work experience and was fascinating getting to know. Somehow it is really comforting to know that all those people will be out there at the same time as I am, likely going through similar issues and emotions even though they are hundreds of kilometers away. Having met them feels like there is now an invisible bond between us. At least it does for me.

We were told we not only represent VSA but  New Zealand as a whole in our countries of assignment and this made me really feel like a Kiwi, actually for the first time. Even in my 8th year in New Zealand I can not shake off the feeling of being just a visitor despite my permanent residence but now I turned into a patriotic Kiwi. However, on the outside I will stay the blunt, way to direct german who sounds south african. Or irish, this varies. Almost everybody in New Zealand says I sound south african or irish. The only exception to this rule are people from Ireland or South Africa. I find it all terribly confusing.

I also got to see photos of my accommodation and my workplace. It’s a nice, apparently new house and it looks very cozy. My office has air conditioning which seemed to create a bit of envy among others. I am also lucky that there will be another VSA volunteer in Kavieng, Norah, who has been on an assignment in Bougainville before and knows the area and culture very well. I hope I can ask her for advice if necessary. The culture is indeed very different to anything I have ever experienced and I am worried to do something wrong which may seriously upset the locals. I was told, if I have to drive a car, do not hit a pig! I might upset an entire village. Seriously upset an entire village! This can indeed be tricky as pigs have the tendency to run in front of passing cars and at night there are no street lights. This dilemma is easily solved however, I won’t drive, especially at night. I am sure there are many other ways of getting into trouble. I have a 6th sense for discovering those.

There are still many questions I have and I still wonder why on earth I am leaving safe New Zealand to move to what sounds a bit like a modern wild west. I might have found one possible answer when a friend and former colleague of mine, Poonam, met up with me after the course had finished one night. She took me to a quiz night at her workplace. One of the questions of the quiz was:

I think I have found my motto for this assignment. It was Mahatma Gandhi who said that. Not the only smart thing he came up with. I was always so inspired as a child by people who traveled the world and who have had a really interesting life, they always seemed so wise and intelligent. I admire people like Ernest Shackleton who lived through the ordeal of shipwrecking in Antarctica and being forced to bob around the southern ocean on an ice float with his mates for a few years without loosing a single man. Or Georg Forster, the german naturalist, who sailed around the world with Captain Cook as a 20 year old and who is regarded as the founder of modern travel literature (I read his book twice). Or Edmund Hillary, a beekeeper from Auckland who happened to be the first man to climb the world’s tallest mountain and whose charity work I am able to continue with this assignment, even if it’s just a tiny contribution.  I always wanted to be like them, not some famous actor or successful business dude (which could explain the sad state of my bank account). And maybe I am one of such people in the making. Nah! Those shoes are way to big to fill. I’ll just continue to be the bavarian farm boy who gets into situations which are way over his head but always seems to survive somehow. And that’s totally ok, I honestly don’t actually want to bob around on an ice float for years, only be inspired by it.  But after 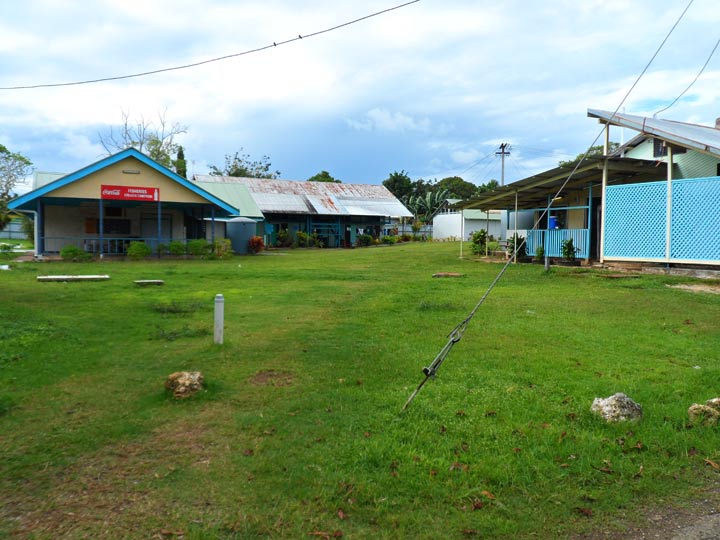 this adventure, I want to settle down. I’ve said this before, this time I mean it. I think. And I think the quiz was won by the team who called themselves “Satan’s Dyslexics”, something like that.